Obituary for John A Lisa 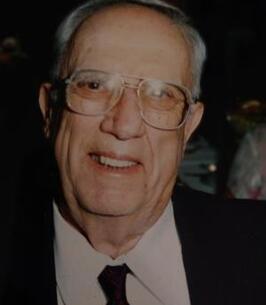 John Lisa went home to be with the Lord on January 4, 2022, with his daughters by his side.

Born in Glassboro, John moved to Linden as a young adult with his family & then to Kenilworth.

He proudly served his country during WWII & the Korean Conflict and for most of his adult life worked as a long haul truck driver for Eastern Express & Carolina Trucking and was active in the community & with St Theresa's Church. During his time with Eastern Express, he received as award for driving One Million Miles Accident Free.

John was a kind & loving man with a great sense of humor & smile, who loved his family dearly and will be greatly missed by all who loved him.

Visitation will be on Monday from 4-7pm at the Mastapeter Funeral Home, 400 Faitoute Ave, Roselle Park. Funeral mass will be on Tuesday at 10am St Raphaels Church, Livingston, with burial to follow at Graceland Memorial Park, Kenilworth.

In lieu of flowers, donations can be made to the Ronald McDonald House Charities.